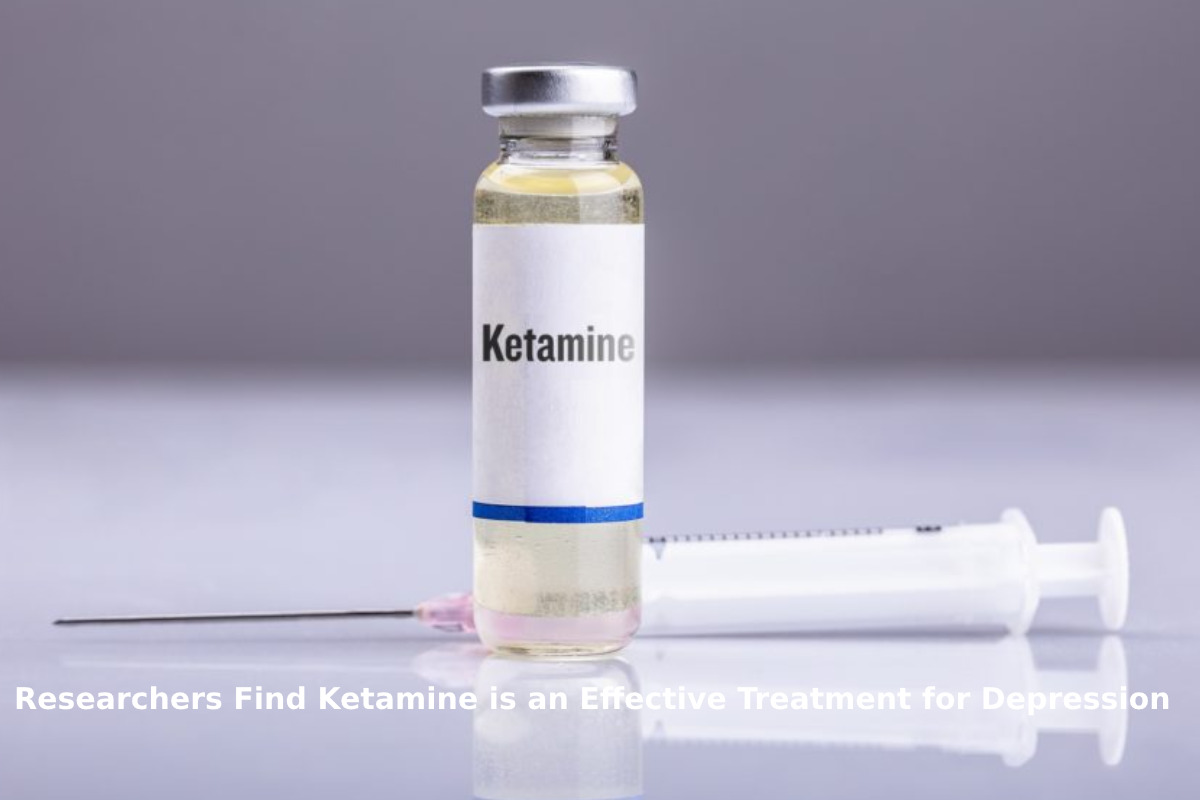 Researchers Find Ketamine is an Effective Treatment for Depression

Ketamine is an Effective Treatment for Depression – You may have heard of ketamine before; it has historically been used as an anesthetic in hospitals and on battlefields. Now, new research is showing that ketamine is a potentially groundbreaking treatment for some cases of depression.

Depression impacts above 16 million adults in the United States, and globally is the leading cause of disability. It is an extremely widespread condition, yet medications to treat the disorder remain limited to antidepressants, like SSRI’s, which have a number of drawbacks. Antidepressant medications aren’t effective for everyone; individuals usually have to try a few before they find one that works, and some never do.

They also only work while they are in your system, so as soon as you stop taking them, symptoms return. This often leads to dependence; people feel that they must take the drug every day, potentially for the rest of their life. Additionally, antidepressants come with a variety of side effects that can sometimes be more debilitating than the symptoms of depression. Finding a medication that actually works and has manageable side effects is like taking shots in the dark for many people with depression.

Ketamine is a promising discovery for depression because its interaction with the brain is fundamentally different from traditional antidepressants. When ketamine first enters the body, it triggers reactions in the cortex that allow neural connections to regrow, rather than your body simply responding to the presence of ketamine. This essentially means that ketamine makes the brain adaptable and able to create new pathways, and this change occurs almost immediately after the first dose.

Studies so far are showing that ketamine is extremely effective for treatment-resistant depression, or people with depression who have tried multiple antidepressants with no success. In a number of studies, over half of participants showed significant improvements in 24 hours after the first dose. By the end of the treatment, as many as 70% of participants had a meaningful improvement in symptoms. These efficacy rates are higher than any antidepressant used today.

Individuals with more severe cases of depression can now be approved to receive ketamine treatment at certain mental health clinics, such as TMS & Brain Health. As a depression treatment, there are two main types of ketamine. Traditional ketamine infusions are administered intravenously (by IV). There is also esketamine, or s-ketamine, a newly developed nasal spray that became FDA-approved for major depression in 2019 under the brand name Spravato. Other methods have recently been developed as well, such as rapid dissolve tablets and intramuscular injections.

Ketamine is extremely safe, but as with all drugs, it comes with side effects. Many patients report feeling a dizziness or lightheadedness while receiving ketamine treatment, or even mild hallucinations or disconnection from reality. These side effects dress in off shortly after the treatment is finished, and afterwards it is common to feel tired or drowsy. The typical treatment course includes 2-3 sessions per week for 2-3 weeks, totaling 6 sessions. Long-term studies show that results can last for months or even years.

As with any depression treatment, individuals should undergo psychotherapy along with ketamine treatment, and may want to continue their existing medications if possible. While ketamine can’t be effective for everyone, its promising results make it an exciting discovery in the medical field.

Why You Should Be Using Organic Skin Care Products

Indianapolis Residents: Understanding The Differences Between Inpatient and Outpatient Rehab

How Your Sleep Position Affects Your Health?