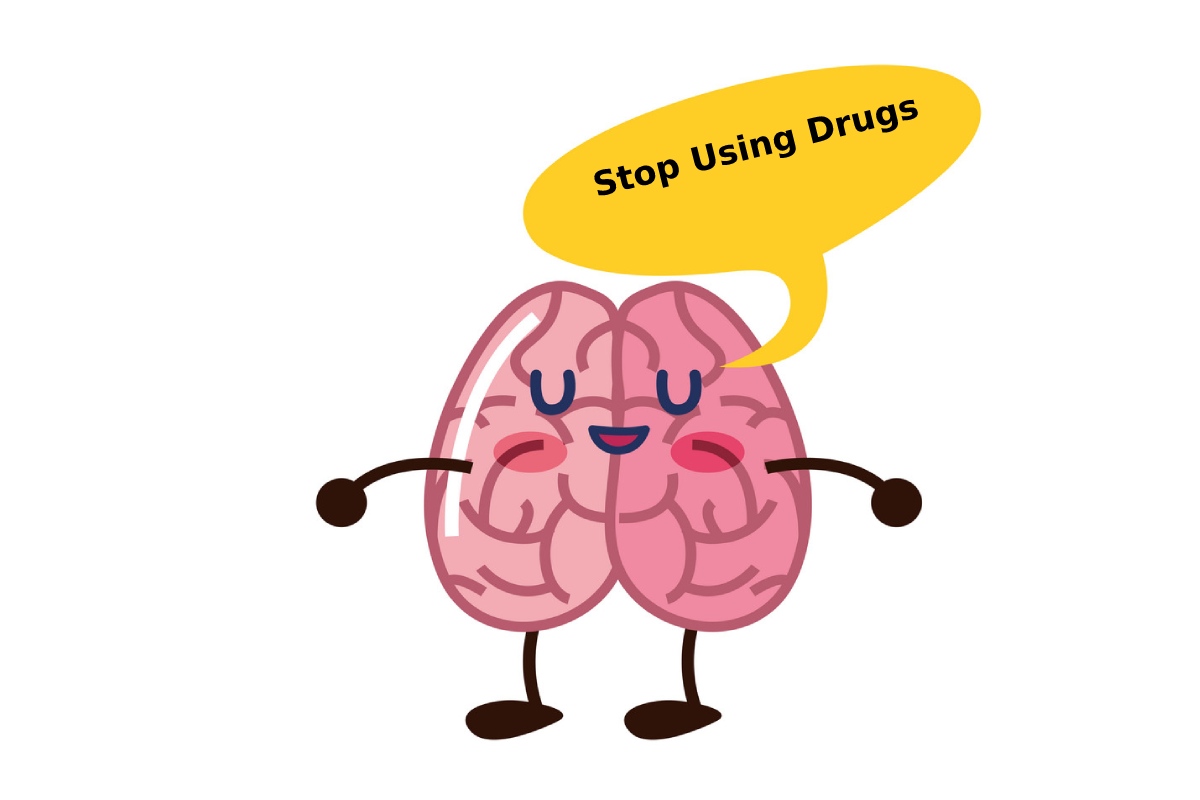 How The Brain Reacts When You Stop Using Drugs: 7 Things To Know

When you use legal or illicit substance in ways you shouldn’t, this is referred to as drug abuse.

You might take more tablets than usual or borrow someone else’s prescription. You may take drugs to feel better, relieve stress, or escape reality.

However, you should adjust your bad habits or quit using them altogether.

Addiction is defined as the inability to stop. It is not when it jeopardizes your health. Not when it causes you or your loved ones financial, emotional, or other troubles.

Even if you wish to quit, the need to get and use drugs might consume you at all hours of the day. Addiction is not the same as physical dependence or tolerance.

Infinite Recovery is a drug rehab center in Austin that takes care of drug abuse patients. If you want to know more about it, click https://www.infiniterecovery.com/.

What Is Drug Addiction?

Addiction is a disorder of the brain and behavior. When you’re hooked on drugs, you can’t stop yourself from using them, no matter how dangerous they are.

The sooner you seek treatment for drug addiction, the more likely you are to prevent some of the disease’s more harsh repercussions.

Addiction is not limited to heroin, cocaine, or other illicit narcotics. Alcohol, nicotine, sleep and anti-anxiety drugs, and other legal substances can lead to addiction.

In the United States, this difficulty has reached pandemic proportions. Opioids were accountable for two-thirds of all drug overdose deaths in 2018.

How Does The Brain React When You Stop Using Drugs?

Addiction hijacks the brain in the same way that cardiovascular disease harms the heart and diabetes harms the pancreas.

This occurs when the brain undergoes a sequence of changes, beginning with the awareness of pleasure and ending with a desire to engage in the obsessive activity.

When a person takes drugs, the neurotransmitter dopamine is released in the nucleus accumbens, a cluster of nerve cells underneath the cerebral cortex.

Dopamine release in the nucleus accumbens is so strongly linked to pleasure that neuroscientists refer to it as the brain’s pleasure center.

Using a substance or engaging in a pleasurable activity that will lead to addiction is directly related to the rate at which it stimulates dopamine release, the strength and consistency of that release.

When someone stops using drugs, the dopamine level drops, causing a chemical imbalance in the brain. As a result, it causes uncomfortable withdrawal symptoms and powerful cravings.

Dopamine adds to the pleasant experience and plays a function in learning and memory. These are two critical factors in the shift from appreciating something to getting addicted to it.

According to contemporary addiction theories, dopamine combines with another neurotransmitter, glutamate, to take over the brain’s reward-related learning system.

This system is critical to life’s existence because it connects tasks required for human survival with pleasure and reward.

The reward circuit in the brain contains parts of the brain involved in motivation, memory, and pleasure. Therefore, when the drugs are not present in the body, it allows the brain to forget stuff and feel constant pain, and you can use CBD oil to relax the person.

Over time, the brain adjusts in such a manner that the desired drug or activity becomes less enjoyable.

Addictive medicines can produce two to ten times the amount of dopamine than natural rewards do, and they do so faster and more consistently. Thus, the brain receptors get overloaded in an addicted person.

For an addicted person, it may take a year or so, which is why the brain stops secreting dopamine when the person stops taking drugs, causing uncomfortable setbacks.

The hippocampus and amygdala retain information about environmental signals connected with the sought chemical to be found again.

Cravings lead to addiction and relapse after a period of abstinence.

A heroin addict may be at risk of relapse if he sees a hypodermic needle. Thus, the brain creates a scene of a conditioned response when the person stops taking drugs.

Most of the neuronal adaptations induced by medications investigated thus far have involved the role of cyclic adenosine monophosphate (cAMP) in the addiction process.

When the person takes drugs, cAMP secretes a sequential protein in the brain, but researchers are also looking into other ways that the brain remodels its ever-malleable neurons.

Thus, when the person stops taking drugs, these neurotrophic factors don’t function, compelling the brain to act in a way that’s not supposed to.

6: Exposure Of The cAMP Pathway

Diminished dopamine release in the nucleus accumbens may be unpleasant or reveal additional cocaine effects that counter drug pleasure.

This perspective may help to explain why, over time, human addicts find drugs less gratifying. Thus, when they stop taking it completely, it triggers anxiety, irritation, and other unpleasant symptoms.

Neurotrophic factors have the potential to restore a drug-damaged brain.

Prolonged drug addictive activities lower the size of dopamine-producing neurons in the brain by 25% on average while not affecting other types of neurons in that area.

Researchers believe that this shrinking is one way the brain tries to modify its dopamine supply in response to an influx of opiates.

Infusions of brain-derived neurotrophic factors into the ventral tegmentum, on the other hand, prevent opiates from shriveling dopamine neurons. It also restores them to their previous plump condition with time.

Addiction is now recognized as a chronic illness that alters brain structure and function. Therefore, if you know someone suffering from an addiction, help them right away and take them to professionals from the start.

If you want to know more about it, you can ping us in the comment section. We will get back to you with an answer in no time.

The Benefits of Cosmetic Dentistry

Insomnia – About, Types, Solution, and More