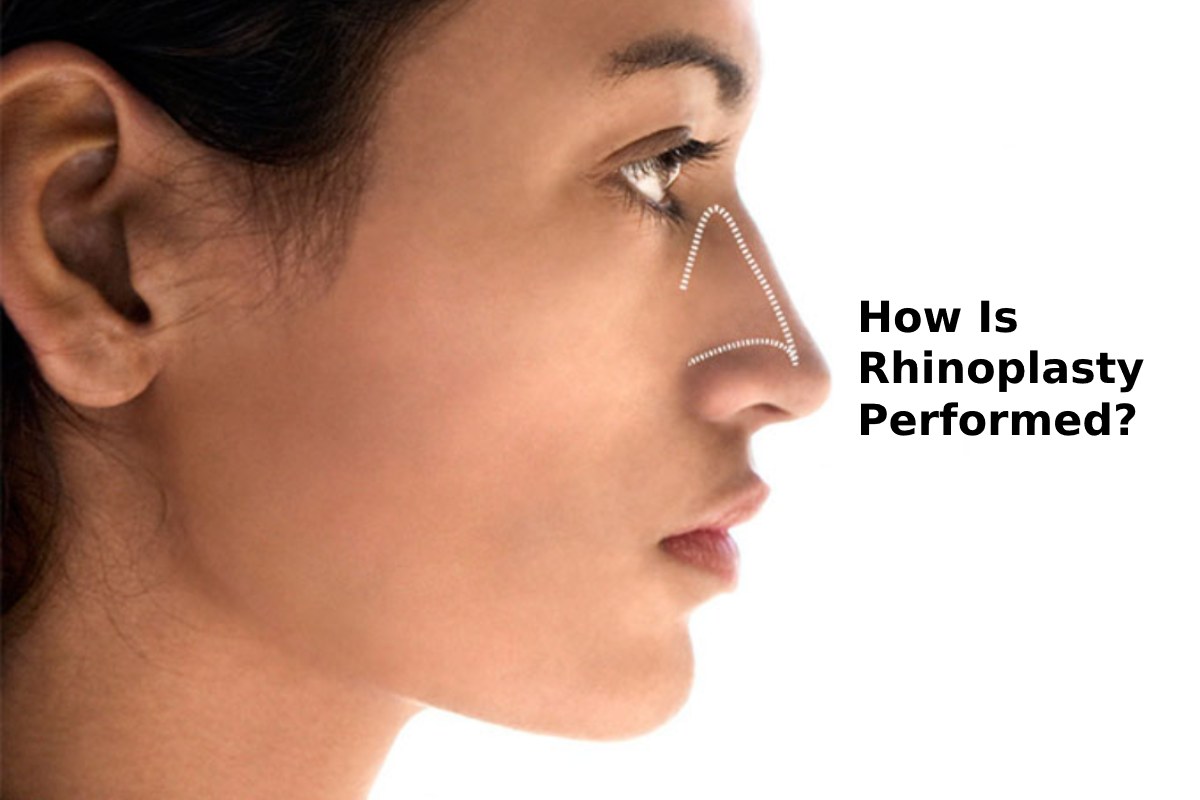 How Is Rhinoplasty Performed?

One of the most frequently performed operations worldwide is rhinoplasty. More than 200,000 procedures were carried out in the United States in 2018 alone, making it the third most popular plastic surgery option in the nation.

Rhinoplasty (nose surgery) is one of the most complicated techniques in plastic surgery. It is well-known for its cosmetic advantages and for improving nose function; it also can assist with breathing issues that influence sleep and exercise capacity.

Rhinoplasty can now create a more balanced look and correct deformities such as wide or narrow bridges, bumps, or uneven nostrils.

Well, how is the procedure done?

Rhinoplasty is usually done under general anesthesia and takes between two and four hours.

The first step of any surgical procedure is making an incision. An incision is a cut made in the skin to allow access to the underlying tissue. There are many different types of incisions depending on what kind of surgery is being performed.

Closed rhinoplasty is a common choice because it allows for no external incisions. Instead, all incisions are made within the nostrils. This is ideal for noses requiring mild to moderate corrections, such as the removal of a bump or hump.

In contrast, open rhinoplasty requires an incision to be made across the columella, the strip of cartilage that separates the nostrils. This incision allows the surgeon to gain a better visual of the underlying structures and is chosen for more complex procedures.

The surgeon may need to remove excess cartilage and bone to reshape the nose properly. Alternatively, the surgeon may use other cartilage (from the septum, ear, or rib) to build up the nose.

A deviated septum occurs when the nasal cavity is not symmetrical. A deviated septum causes breathing problems and may cause snoring, frequent headaches, and sinus issues. This is characterized by one nostril opening being larger than the other.

If a deviated septal correction is necessary, the surgeon will make an incision at the end of the nostril and reposition the cartilage and tissue that separates the two nostrils. This is done to make the nostrils more symmetrical.

After the nose’s underlying structure is molded into the correct shape, the nasal skin and tissue are redraped. The surgeon will then place stitches over the incision site. These stitches will help prevent infection and promote healing.

The effects of rhinoplasty surgery will stay for a very long time. While the initial swelling quickly goes down, it could take up to a year for your new nose contour to refine. You might observe subtle changes in your nose’s look during this period as it develops into a more permanent result.

How Much Does Rhinoplasty Surgery Cost?

Rhinoplasty costs vary depending on the surgeon, the type of surgery performed, and where the patient lives. For example, rhinoplasty cost in Washington, DC, differs significantly from other areas in the country. This is based on geographic location, surgeon’s, anesthesia, and facility fees.

What Are the Main Types of Rhinoplasties?

There are two main types of rhinoplasties: open and closed. The surgeon makes an incision along the columella (the area between the nostril and lip) in open rhinoplasty. This allows them to view the underlying structure of the nose and perform corrections accordingly. Closed rhinoplasty involves incisions hidden in the nose.

According to the American Society of Plastic Surgeons, rhinoplasty surgery’s main side effects are:

After Rhinoplasty, Is It Safe to Breathe Through Your Nose?

After a rhinoplasty, breathing through your nose usually gets easier starting as soon as one week after surgery. Nasal breathing will improve over the coming weeks, and it should feel normal again by one to two months after surgery.

Can I Walk After Having a Nose Job?

Within the first two weeks following a rhinoplasty, light walking is acceptable to control heart rate and movement of the head and nose. Exercise that is easy for the body is crucial for healing too.

Everything You Need To Know About One-Stitch Facelift

Why Would I Consider Breast Revision Surgery?