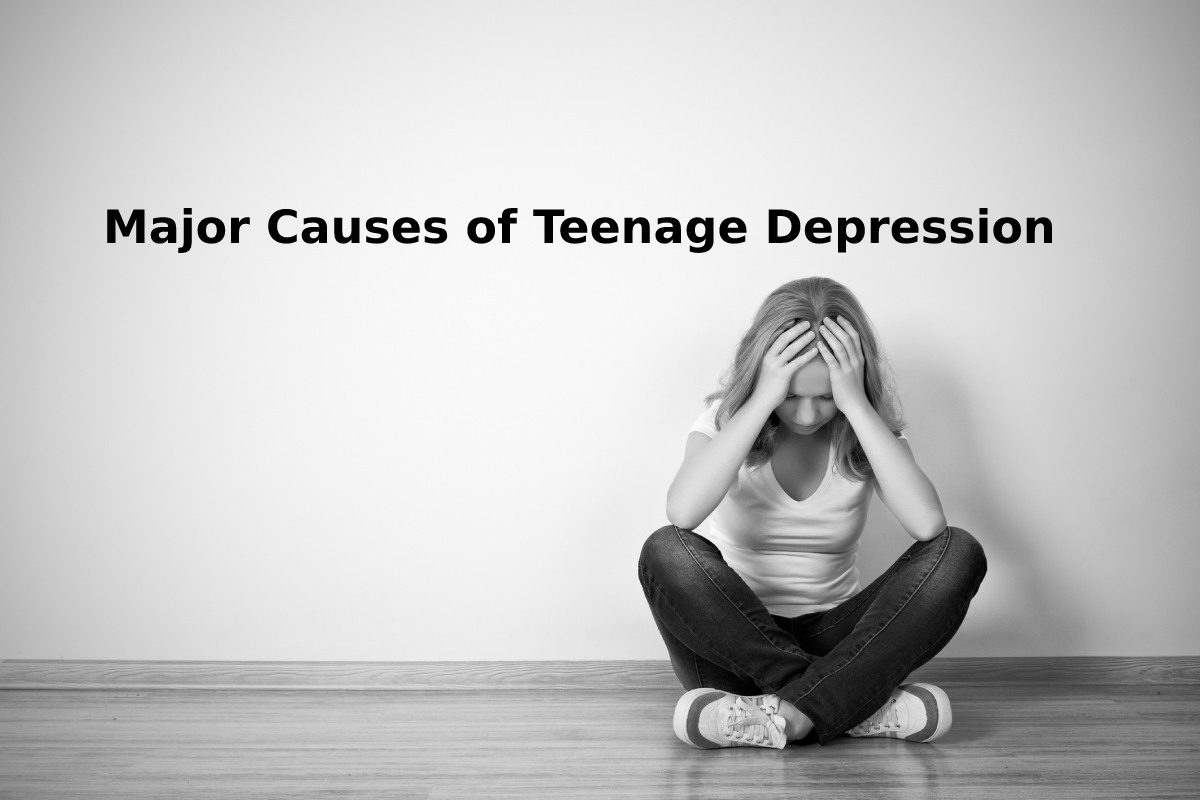 10 Major Causes of Teenage Depression In 2022: By Mental Health Experts

We’ve all heard of teenage depression, but what are the causes? According to mental health experts, there are many factors that contribute to this condition.

Between 10 and 15% of teens have experienced depression on at least one occasion in their lives thus far.

Here’s a list (and brief explanation) of ten major causes of teen depression:

Some like to think that depression is a usual teen thing; they’re bored and have no interest in school, but it is much more than that. The American Academy of Child and Adolescent Psychiatry labels the symptoms of depression as:

Only a quarter of the children between the ages of 14 and 19 have no other psychiatric problems before the age of 23. Even those children will experience lasting effects during adulthood like making less money, being less likely to graduate from college, and more likely to suffer multiple periods of unemployment. That’s why teenage depression needs to be taken seriously.

School performance is a major cause of teenage depression. The pressures kids are under to perform well at school are rising at alarming levels.

With the rising costs of higher education kids stress over classes, grades, and performance on tests and this can lead to depression, especially if they’re fighting against high expectations at home.

Social anxiety disorder is a common mental health condition that affects a person’s ability to function in social situations. People with social anxiety disorder tend to be excessively worried about being judged by others and are afraid of doing or saying the wrong thing. With popularity becoming incredibly important during the teenage years, performing well socially becomes a top priority.

Symptoms of social anxiety disorder include:

There are ways to get your teen help! Click here to find out what you can do.

Relationship issues are a leading cause of teenage depression.

Between break-ups and unshared feelings, romantic relationships can cause teens to become depressed in many ways.

Knowing that money is tight, even if your teenager isn’t responsible for contributing to the family financially, can be upsetting and influential in their lives.

It’s not just worrying about losing their home or standard of living but also being able to meet the expectations of their peers and being able to keep up with the crowd.

If this happens often enough, it can lead to depression—and not just because of the lower mood itself: low self-esteem can also cause social isolation and higher rates of drug abuse and eating disorders in teenagers.

One of the biggest causes of teen depression is poor parenting or no parenting at all. While teenagers often like to act like they’re fully independent and don’t need their parents, they still have emotional and physical needs for attention.

Divorce can cause depression in teenagers, especially those who are exposed to the conflict and difficult feelings involved in their parent’s divorce.

Youngsters who have seen their parents argue or fight about separation can experience anxiety, which often leads to disinterest in schoolwork.

A lack of self-esteem is another common problem among teenagers whose parents divorce. They may feel they aren’t good enough or smart enough—and this lack of confidence can affect all areas of their lives, including social interactions with peers and adults alike.

Depression and anxiety are highly inheritable. If you have a family history of depression, you’re at greater risk than someone who doesn’t. That’s because it’s likely that the genes that make you susceptible to depression were passed down from your parents or other ancestors.

If someone in your family had depression or committed suicide as an adult? There’s about a 50% chance that their children will also be affected by these issues in some way.

In the past, you may have thought that depression was just something that happens to people who are weak. But this couldn’t be further from the truth; traumatic events can also cause depression in teenagers. Common examples of traumatic events include physical or sexual abuse, drug use, or addiction—whether it’s by someone else or by yourself—the death of a close family member or friend, and bullying at school.

One way to help deal with these situations is by talking about them with someone who cares about you and will support you no matter what.

The causes of teenage depression and other mental health disorders are numerous. The good news is that there are also many ways to help your child get the care they need, whether it’s from you or a professional.

You may not be able to prevent every situation from happening, but by knowing what signs to look out for—and educating yourself on how best to intervene—you can save someone who desperately needs it.

How Does A Motorized Ice Machine Work?

What Are the Main Vision Correction Procedures?