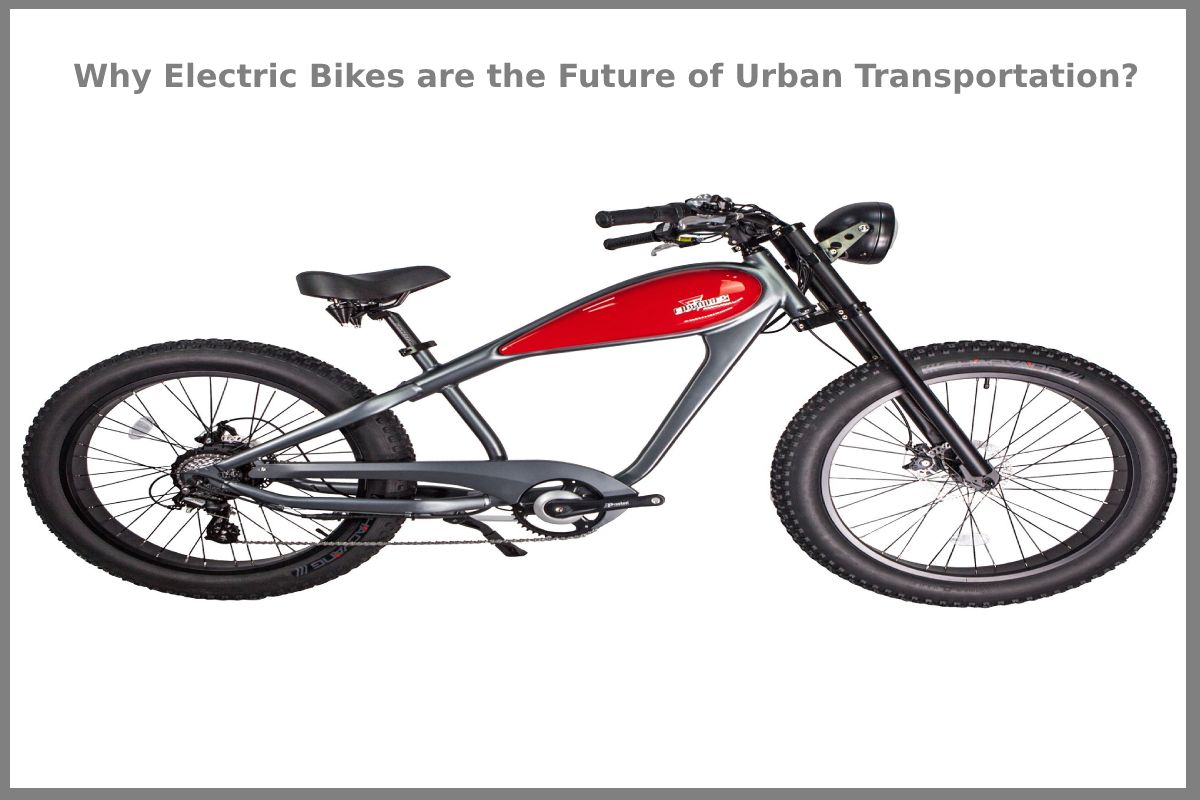 Why Electric Bikes are the Future of Urban Transportation?

Reading on, you can learn exactly why electric bikes are the future of urban transportation.

The Need for Sustainable Transportation Options

These days, urban areas are becoming increasingly dense. This is leading to issues like traffic congestion, which is a serious concern for the quality of life and pollution reasons. City planners have been trying to figure out a way to ease this problem, including by adding things like bike lanes to make it easier to bike around.

There has already been a shift seen here in places across Europe and Asia. Best electric bikes have boomed in these areas because of how they can ease traffic and is better for the environment. The United States is starting to pick up on this, which is why some major cities have already started collaborating with electric bike companies.

Electric bike-sharing services are starting to pop up all over the place due to this emphasis on sustainable energy. To the point, that mobile applications are including these bike-sharing programs in their apps. These programs are great because it allows people access to electric bikes if they don’t already have one.

The issue is that now city planners will have to start redesigning their cities to accommodate the increase in electric bike usage. This includes doing things like including bike lanes, discouraging the use of cars, and restricting parking on the street. Making these changes is going to be essential in taking that step toward a more sustainable future.

Reasons Why Electric Bikes are the Outlook of Urban Transportation 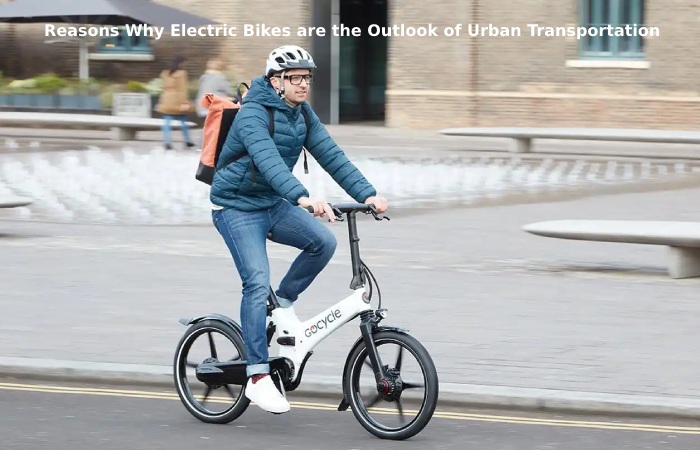 Now that you understand why there is a need for sustainable transportation options like electric bikes, it’s time to look at the reasons why they are the future of urban transportation. There are so many different reasons to consider when it comes to electric bikes. These reasons include:

During the pandemic in 2020, Europe decided to invest in its infrastructure to make it more appealing to cycle around. These measures include having car-free streets, calming traffic, and adding 600 miles of bicycle lanes.

After this period, it turns out that people across Europe really enjoyed the switch from cars to bikes. This is because people noticed the reduction in pollution levels that occurred during the pandemic, as people weren’t able to travel around. These residents have decided to keep up with cycling, which is why electric bikes have become so popular overseas.

Electric bikes can be great replacements for cars as commuter transportation. You can employ your bike to get to public transportation stations. You can use your electric bike to go to and from school or work, as long as the range is between 20 and 30 miles both ways.

Electric bikes were made for making cycling easier, which makes them perfect for longer commutes. Since you exert far less energy to ride an electric bike, you can go for farther distances without getting as tired. Riding electric bikes is especially more convenient in areas that have made changes to accommodate more bikes on the road.

In areas where there are bike-sharing services, there has been a significant increase in people who commute using an electric bike. Whether you buy your own electric bike or take advantage of the bike-sharing programs in your city, you will likely find that commuting by electric bike is much easier. For one thing, you don’t have to worry about getting stuck in major traffic congestion. You also don’t contain to be anxious about parking.

These are all reasons why people initially see that electric bikes are quickly becoming the preferred transportation option.

Faster to Get to Your Destination

It can also be faster to get around when you consider things like traffic congestion. While cars may be stuck in traffic for hours, you can avoid this problem by riding an electric bike. Using special street paths and taking advantage of bike lanes, you can get around a lot easier with your electric bike.

There are a few different aspects of this to consider. One thing is that when there are fewer cars on the road, there is less pollution. Less pollution means cleaner air, which can save you from respiratory issues that can be caused by these pollutants. Pollution is just as dangerous to your health as it is to the environment.

Another reason why this is the healthier way to travel is because of the amount of exercise you get. While you do have pedal-assist features with electric bikes, you still need to pedal to get around. This allows you to get many of the health benefits that you get from cycling, without having to put in as much effort. This also means that you can travel farther, which can also be great for your health.

What is 500 Degrees Kelvin in Fahrenheit?