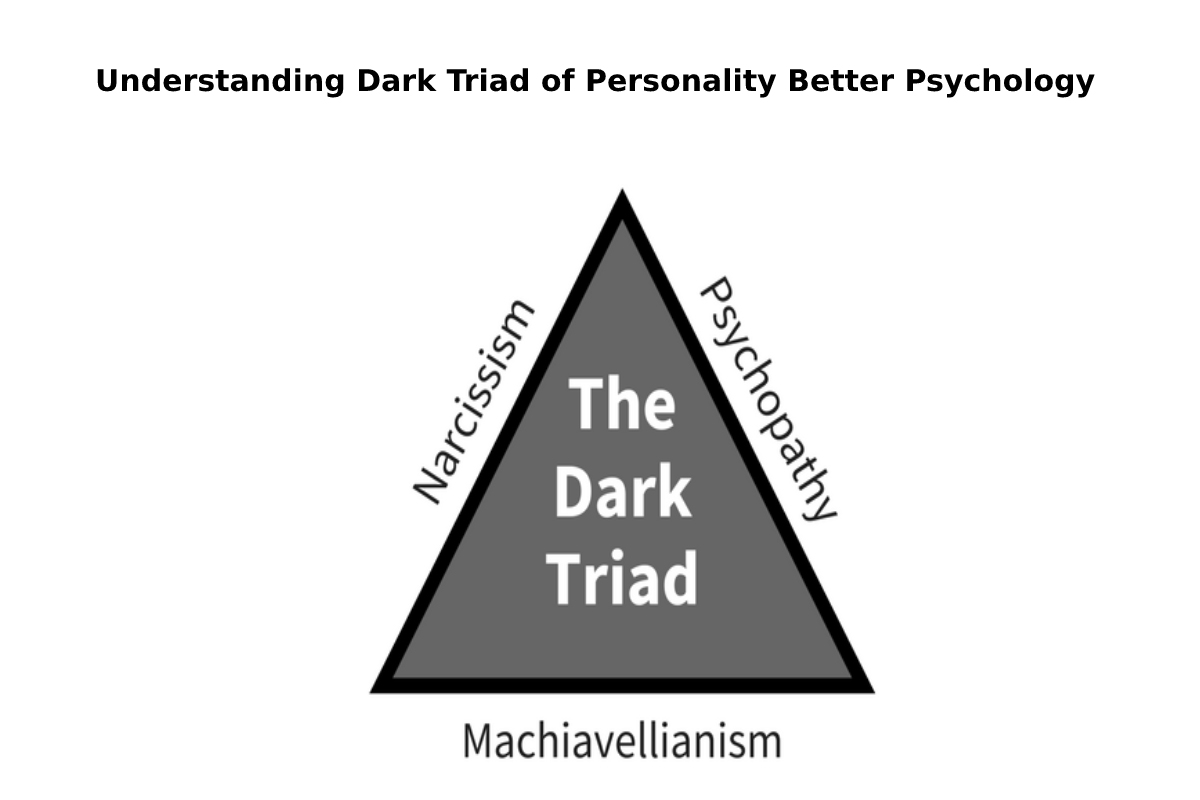 The dark triad of personality refers to the three negative personality traits (narcissism, psychopathy, and Machiavellianism) that share some mutual malevolent characteristics.

An individual with these traits usually displays callousness and manipulation. These individuals are willing to say and do anything to achieve their goals. Shameless self-promoter tends to have all-consuming opinions about themselves and is inflated in their own estimations. Impulsive behavior and dangerous behavior are common traits of these individuals. Most of the time, these individuals commit crimes without considering how it would impact the person on the receiving end.

Many researchers argue that these three traits are three distinctive traits with overlapping characteristics. According to others, the commonalities indicate an underlying construct of personality that has yet to be fully identified.

How does Psychopathy relate to the Dark Triad?

Psychopathy is regarded to be the “darkest” of the Dark Triad by most researchers since it is characterized by a lack of empathy and remorse. Generally, psychopaths do more harm to people and society and put them in jeopardy than narcissists or “High Machs.”

The DSM itself does not describe a psychopath as a mental health diagnosis. Instead, it describes a disorder more closely corresponding to it, an antisocial personality disorder.

Based on the political philosophy of the 16th-century writer Niccolò Machiavelli, Machiavellianism isn’t a mental health diagnosis, rather it describes a manipulative personality trait in which individuals deceive and trick others to achieve their goals.

Of the dark traits, Machiavellianism is extremely closely associated with high intelligence as suggested by some evidence. A psychologist may refer to an individual as “High Mach” if they display highly manipulative behavior.

Narcissism and the Dark Triad: How are they Related?

A person with narcissistic characteristics shows a high degree of self-regard combined with arrogance. It is not uncommon for narcissists to be frustrating, extreme, or malignant.

Yet, if they aren’t given special consideration and treatment that they believe is deserved, they can turn abusive or even violent.

The “D” or Dark Factor in a Person’s Personality

Research has concluded that certain traits such as sadism, entitlement, and a host of others can be explained by a common core factor, referred to as “D.”

Characters with “D” traits are those who maximize their own goals and desires at the expense of others. 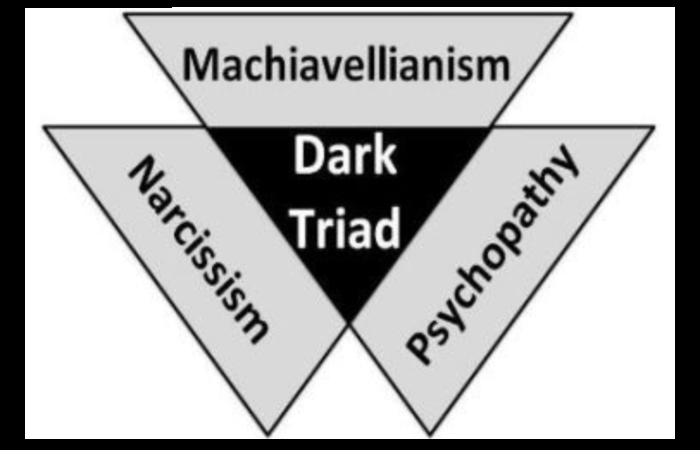 The Dark Triad aims to capture the exploitative and manipulative traits not captured by the Big 5. The five-factor model of personality has become the most reliable and widely used method of determining the character of an individual.

Usually, clinicians and researchers measure narcissism, psychopathy, and Machiavellianism separately, or they use the “dirty dozen” scale, which measures them all simultaneously.

Is it easy for Dark Triad individuals to Hide their true Nature?

In research settings, researchers have observed physical and behavioral traits associated with the Dark Triad but individuals with these traits may operate well at hiding their true nature, at least at first.

Narcissists may appear charming and likable to others when they meet them for the first time. The reason might be that they are perceived to have high self-esteem, a socially desirable characteristic.

Does the Dark Triad have any Distinctive Facial Features?

A narcissistic person’s physical appearance is one way in which they exhibit their personality.

When it comes to dressing nicely, being physically appealing, wearing makeup, or dressing provocatively, narcissists are more likely to do so.

Is there a way to Spot Someone with the Dark Triad?

Unless formal assessments are conducted, it may be difficult to identify someone with high levels of Dark Triad traits.

You can, however, observe behaviors of people who lie constantly and are lacking in empathy, or who bully others to achieve their own goals as indicators of having a high level of one or more of the dark traits.

The trio traits that share similar characteristics, but are independent, are known as the Dark Triad. In the workplace, these traits are quite common and considered somewhat malevolent. The prevalence of these traits is often high at work.

It is most prevalent in senior positions, including those in C-suites. Some researchers estimate that 20 percent of CEOs display clinically significant levels of psychopathic tendencies. They have found that these characteristics are related to acquiring leadership skills.

Here Are the Various Factors That Determine Facelift Cost

Blackheads – What are Blackheads?, Get Rid, Prevention, and More