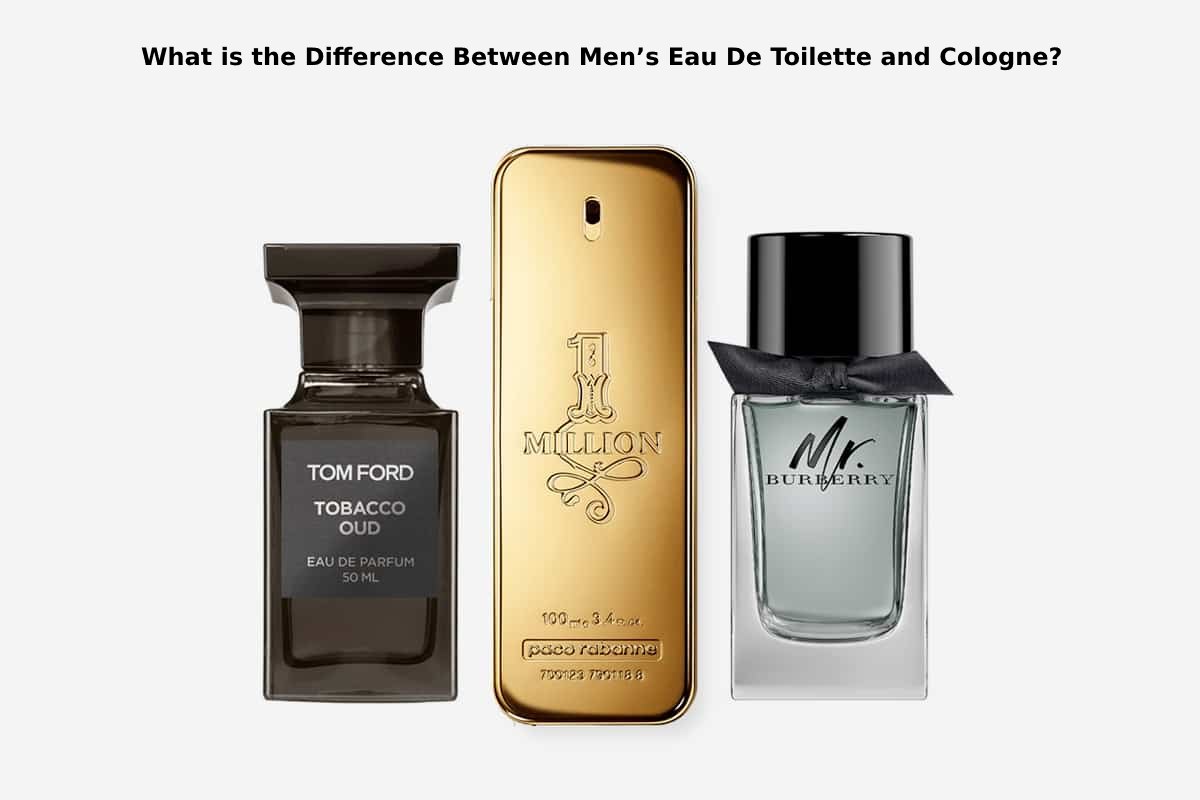 What is the Different Between Men’s Eau De Toilette and Cologne?

Different Between Men’s Eau De Toilette and Cologne – If you are searching for a men’s scent, you can suddenly realise that you have a lot of choices to make. Namely, before you can even choose the brand or fragrance, you need to select whether you want an Eau de toilette or cologne.

But, is there actually any difference between an Eau de toilette and cologne for men? The answer is yes. Let’s break it down and understand the differences between them to make your shopping a little easier.

First of all, let’s start with Eau de toilette. There is a misconception that an Eau de toilette is only a type of perfume for women. However, this is not true. There are also Eau de toilettes available for men. Take Emporio Armani Diamonds for men as an example. This is available as an Ea de toilette and has a very pleasant fragrance. You can shop here to see more about their confidence-boosting and fresh scent. But, the point is, there are a lot of big brands that offer EDT for men.

The fragrance concentration for an Eau de toilette can be around five to 15 per cent. You can expect this fragrance to last for around two to three hours. It is important to note that Eau de Toilette and Eau de Parfum are different. Both are suitable for men to wear, but the difference is going to be in the fragrance concentration. In addition, a lot of men prefer to wear Eau de Toilette as daytime and even an everyday scent. This is in contrast to Eau de Parfum, which is often referred to as a special occasion scent, such as for evenings out.

Next, there is Eau de cologne, which is often referred to as cologne by brands. The main difference here is that this is going to have a lower fragrance concentration than Eau de toilette. Namely, this is going to be around two or four per cent. Thus, if you are looking for a pleasant fragrance that is going to last a few hours, then you are going to enjoy wearing cologne.

Typically, you will need to use more sprays of cologne if you want to enjoy the fragrance at its fullest. So, while colognes can be more affordable than Eau de toilette, you might go through more of the product.

How Do I Decide Between EDT and EDC?

Now, you have a better idea of what the differences are between Eau de Toilette and Eau de Cologne. Indeed, it can be easy to confuse the names. But there are significant differences between them that make them better for various occasions.

So, the main way to decide what one is going to be best for you is thinking about when you want to wear a scent. Is this something that you want to wear every day? Alternatively, do you only want to enjoy a fragrance when you are going out or there are special occasions? The answer to this question can help you since they have varying degrees of intensity.

Ultimately, it is going to be down to your personal preferences too. You might prefer a certain type of scent that is only available as Eau de Toilette or a cologne. Alternatively, you may want to select a scent that is subtle rather than overpowering.

What is Eau Fraiche?

Another option you might come across when you are shopping for a scent is Eau Fraiche. This translates into English as fresh water, which gives you an idea of what it is. Namely, this is a perfume that has the lowest concentration of oils. So, if you are only looking for a subtle men’s fragrance, Eau Fraiche is going to be the best option for you. The concentration of oils sits at around one to three per cent.

But, you can also expect the scent not to last as long on your skin. For instance, you might only get one to two hours of fragrance out of aEau Fraiche. Think about it as a fresh spritz and a way to gain some energy. Perhaps it is after a long flight or if you are exercising before work. It can just make you feel better and smell nice. A lot of people like to wear Eau Fraiche in the summer since it feels light to wear and makes you feel cleansed. Indeed, it is not overpowering for hot weather.

Nutritional Advice for the Everyday Person

What is a Health and Wellness Centre? – Expansion of the Range of Wellness